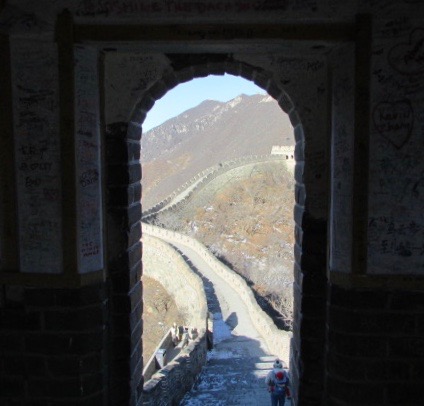 It has been quite a year in the China program. I decided to mark the occasion by putting up a timeline summary to help families see how changes were implemented on both the China and US side.

The CCCWA announced revised parent eligibility criteria. The new guidelines are overall more restrictive, although a few areas are more lenient than they were previously. The changes which have effected the most people are the family size limit, age of youngest child in the home, and that you must wait a year after an adoption before adopting again.

These guidelines eliminated being able to adopt two unrelated children at once and effectively ended the dossier reuse option.

The CCCWA issued a statement that ended hosting programs and agency partnerships. While the parent eligibility guidelines were in effect immediately, the partnership system would be phased out over the course of a year.

The US State Department announces the International Adoption Accreditation and Maintenance Entity (IAAME) as an accrediting entity. IAAME will take over as the accreditation entity for agencies from the Council on Accreditation. While this does not directly effect the China program, all US agencies with a China program must abide by their guidelines or they could have their accreditation revoked. This change will bring other big changes in the coming months, but we did get a bit of a break until the end of the year.

The CCCWA stated that the customary orphanage donation is now completely optional. Parents can decide the amount to donate, designate how it is used, and the form of donation (material goods rather than cash). Agencies are prohibited from coercing parents into donating. While some families have taken advantage of this opportunity to save money by not donating at all, there are good reasons to continue to donate the customary amount.

Any files which were not received at Civil Affairs before January 1st will now be placed on the shared list once they are ready.

February was an especially eventful month. On February 1st, IAAME released their fee schedule. Because IAAME will have paid employees who travel to countries to inspect the in country operations of accredited agencies, they will need a much larger operating budget than the COA which mostly used volunteers. Each family will now pay a $500 maintenance and oversight fee (per child adopted) to their agency. They will likely see an increase in agency fees as well, although the fee structure varies by agency size and scope.

At a meeting between the US Office of Children’s Issues and a delegation from the CCCWA, the CCCWA states that all updates must now go directly through the CCCWA. An agency cannot use an in country agent or their (former) partnership connections to get the requested update on a child.

The CCCWA stated at the meeting that as of January 2018, no waivers would be granted for families who do not meet the eligibility guidelines. However, no waivers had been granted for at least a year prior to that so it was more like reiterating that this policy is here to stay.

Later in the month, the US State Department indicated through a footnote in a FAQ about IAAME that parents would no longer be able to be matched with a child unless they have a completed home study. This practice, called “soft matching” by the State Department, is common in the China program because China grants families provisional approval for a match even if they do not have a completed home study for children whose files are designated special focus.

IAAME officially takes over monitoring and oversight responsibilities from the COA. In the months leading up to the transition there were several 10 day agency accreditation suspensions generally credited to the COA clearing out their cases.

April is also the month when several large agencies received the last of their partnership files. At this time matching has almost completely transitioned to the shared list.

Hopefully, we have all of the big changes behind us and can settle down into the new normal. If you are wondering what the adoption process would look like if you started now, I explain how it all works now in this post.

1 thought on “A year of change in the China program”