At the end of the day on Friday, the US Department of State (DoS) posted their clarification regarding practices related to “soft referrals.” You can read the entire message here. I am going to summarize the main points of the document as I read it. It might not be entirely correct. We will see how agency practices change over the next week to see what the effects will be. 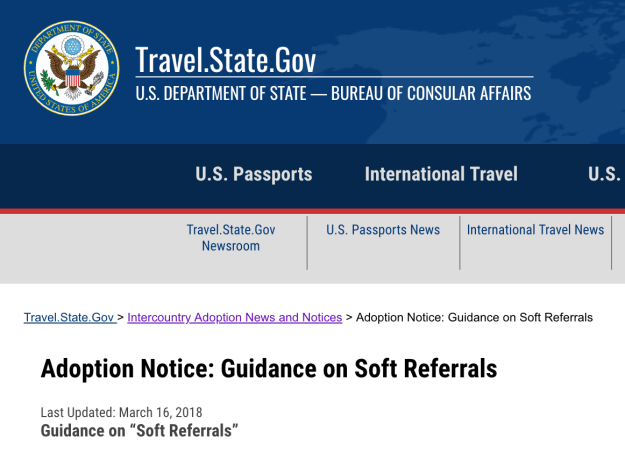 What is a soft referral?

The DoS begins by defining a soft referral as matching a family with a child before either the child is legally eligible to be adopted or the family is legally eligible to adopt. Or sometimes both, in the instance where an agency matches a family who hasn’t started their home study yet with a “pre-file” they anticipate receiving from a partnership orphanage.

Why does the child need to be eligible if you know they’re going to end up being eligible?

The DoS explains that this is prohibited by the Hague convention for several good reasons. The biggest is that you want to make sure parents are not coerced into relinquishing their rights if they do not want their child to be adopted. It also protects the potential family from heartbreak if the child turns out not to be eligible. In the China program the most common instance of this would be if the child was adopted domestically before the international file was completed.

Why do the parents have to have a completed home study to be matched? Agencies pre-screen to make sure the family will be eligible.

The DoS gives a couple of reasons for this being problematic. The first is because it prevents other families from being considered for the child. If a child is matched with a family who hasn’t started on their home study they will wait longer to come home than if they were matched with a family who has a completed home study or even a dossier already in China. It is especially detrimental to the child to be tied up with a family if it turns out they will not be eligible to adopt. The child has lost time that they would have been available for consideration for other families.

Remember that you can still be matched with a special focus file after your home study but before your dossier is logged in at the CCCWA.

Well, what’s the difference in holding a child’s file for a specific family and an agency holding a specific file because it was designated to them?

The DoS says there’s not a difference. They want files to be available to families with any agency in a centralized system like the shared list. The DoS says they asked China about this, and the CCCWA said that if a family is interested in a designated file with a different agency, they can request the file be transferred so the match can take place. The DoS says an agency cannot reserve a file for their only clients if a suitable family with another agency is ready to move forward. They say families absolutely should not be required to switch agencies for a file.

But if China allows special focus children to be matched with families before a home study is completed how can the State Department say it isn’t allowed? How would they even know?

The DoS effectively says ‘China can make their own rules, but US agencies have to abide by our guidelines.’ They say that the accrediting agency can and will check agency records for evidence of soft matching. They could be suspended or lose their accreditation for doing so. 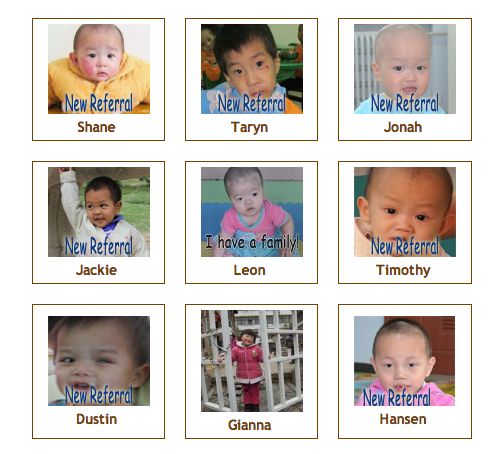 Are photolistings going to be prohibited now?

There was a lot of buzz before this clarification was issued that photolistings were going to be banned altogether. I was doubtful that would be the case because photolistings are used for children in the US system as long as the parental rights have been terminated so the child is eligible for adoption. At least one agency said that families without an approved home study would no longer be able to view a child’s complete file.

What the DoS actually says is that agencies must abide by the sending country’s regulations for photolistings. In China’s case, that means they are allowed for special focus children. The DoS mentions that in the US domestic system, only home study ready families can have complete access to a child’s information but does not make it a requirement by my reading of it. It says that some countries may allow “additional information” to be shared with prospective families who do not have a completed home study. They do underscore that agencies cannot manipulate a photolisting to limit eligible families from seeing available children such as by designating a child as “on hold.”

In summary, the best news out of this clarification is that file transfers should be much less of an issue than they have been. However, I somehow think agencies will still find ways to circumvent this. It is also good news that photolistings will not be prohibited.

The biggest change is that a completed home study will now be required before matching. This is the norm in domestic adoption and in other countries. But many people did not consider adoption at all or considering adopting again until they saw a specific child that motivated them to start the home study process. Without a way to hold a child, will families be willing to pay for a home study and compile all the paperwork? This will definitely have an impact on how many waiting children are able to find families at a time when international adoption rates are plummeting.

One important thing to keep in mind is that the DoS is making these changes because they feel it will keep international adoption as an option for US citizens. In the 2016 report on intercountry adoption (released May 15, 2017), it is reported that representatives traveled to 30 countries and hosted delegations from 26 countries to discuss barriers to intercountry adoption. These countries reported serious concerns with the actions of US placing agencies and lack of oversight of the conduct of placing agencies. Presumably matching children with families who haven’t yet been found qualified to adopt is a practice that countries reported finding problematic. I know that when I have encountered families from other countries who have adopted from China, they have expressed that they think Americans should have to play by the same rules as everyone else. While this is a big change, we have to move forward and be grateful that intercountry adoption is still an option. 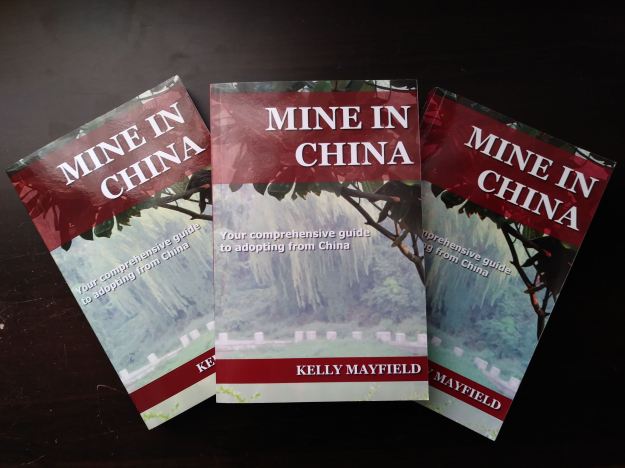 When I published Mine In China in April 2016, I thought once I’d hit the publish button I’d move on to other things. I thought I’d revise it again in a couple of years as things changed a little. I certainly didn’t expect to find myself publishing the third version in under two years. Last year, I published the revision in May, China announced changes to parent eligibility criteria in June, and an end to the partnership program in July. It was painful for me to read a Facebook comment from someone saying “I have Mine In China, but it’s out of date now” not even eight weeks after the new version was published!

Accurate information is a top priority for me. However, I couldn’t immediately begin to revise the book because it takes several months to see how the program changes would play out. How strictly will China enforce things like one year between adoptions or the ages of children in the home? Would they once again start granting waivers since the criteria is more restrictive? Will agency NGO status have any importance without the partnership system? Even now, we don’t have a clear idea of what matching times will look like on an all shared list system because agencies are still receiving partnerships files that were in the process of being prepared before the end of the year. And in a turn of events that I could only laugh at so I wouldn’t cry, the day I printed up a proof copy of the 2018 version was the day we all began to hear that the US State Department will require families have a completed home study before they can be matched with a child.

I will rein in the whining to say that the Mine In China 2018 revision is now available. This version has had substantial changes.

If you have been holding off on buying a copy because you wanted the updated version, it’s now available in both ebook and paper format.

If you previously purchased the ebook, you can simply download the updated version.

If you previously purchased a paper book, sadly there is no free way to get an updated copy. If you are starting the adoption process again, you can find information on the changes by using the “China program updates” tag on my blog. If you purchased your paper book through Amazon, you should have the option to buy a discounted copy of the ebook.

Not sure what paper copy you own? Look at the copyright information located on the back of the title page. The newest version says March 2018 revision.