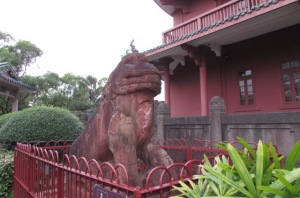 The big news in the China adoption community is that the CCCWA has announced that the orphanage “donation” is now a true voluntary donation. Parents may donate as much or little as they like. You can read the text of the announcement on CCAI’s blog here. As usual, no reason has been given for this change. Some speculate that it is connected to China’s crackdown on corruption. Others think that it will be replaced with a fee to the CCCWA which will be distributed more evenly.

I have been saddened that the general consensus from parents is rejoicing at the savings. Many have been vocal that their child did not benefit from the donation, that there were orphanage directors who pocketed the money, etc. While it’s true that corruption exists and there are still some orphanages with poor conditions in China, most now how toys for the children, better caregiver to child ratios, provide some medical care and therapies. In any orphanage relatively few children will have a file prepared for adoption. Most will live there until they become an adult, or even throughout their lives depending on their medical condition. I am very concerned about the impact the loss of this donation (since apparently few will care to donate more than a token amount) will have on the children. I think it’s possible fewer files will be prepared if the orphanage has no incentive to do so, but we will have to wait to see how it plays out.

Another big conversation generator this past week was the release of a 30 minute BBC documentary which follows an adult adoptee being reunited with her family in China. The twist in this case is that Katie’s parents in China had left a note with her, asking to meet them on a famous bridge after 10 or 20 years. The parents began waiting every year there for her. They were on tv in China several times. When Katie was around 10, her adoptive parents sent someone to the bridge. They found her parents and had some contact with them. However, they did not share this information with Katie until she was 20. A print article which contains more information than the rather rosy documentary indicates that this has caused some hard feelings between Katie and her adoptive parents.

This is a story which pulls together many of the hard aspects of adoption. Katie seems to be a mature young woman who recognizes the difficult situation her birth parents were in because of the laws in China. Her adoptive parents have been strongly criticized for their decision. I think it’s important to keep in mind that adoptive parents are human, too. Many people choose China specifically because an open adoption is not possible. Perhaps when they found out that Katie had parents in China who loved her and deeply desired contact they became scared of losing her so that is why they shut down contact. On the other hand, there is a vocal minority which says that the decision to search for birth parents should always be initiated by the adoptee. It is not the job of the adoptive parents to make that decision for the adoptee. Because adoptees feel so strongly about either option–to share information or to wait until the adoptee initiates–Katie’s parents could have made the wrong decision either way. They can only know in hindsight that they have harmed their relationship with their daughter by not being more open with the information they had.

In the documentary Katie says that they told her they would have mentioned it if she had asked. She says “but we never talked about adoption.” That’s one reason to listen to adult adoptees as you are raising your children. So many adult adoptees say that adoption and racism were never discussed which caused them to feel they could not confide in their parents. It is easy to fall into the trap of thinking your child is too young for a topic, so you will talk about it later. Katie’s mom said Katie was too young, then puberty is a difficult time, then as a teenager you are finding your identity, and the next thing you know she’s 20. It’s so easy to fall into that trap, especially if the topic is one that you aren’t really very comfortable talking about.

My children from China are 6 and 4, so I am far from an expert here. However, because of listening to adult adoptees and experienced adoptive parents, we try to find times to mention adoption or our sons’ first families in China. They don’t have a good understanding yet of what it all means, but it opens the door to future conversations. I think the impulse to tiptoe around these topics must be universal. The other day when I mentioned a son’s first mom in China, my 8 year old said “Shh! Don’t tell him that, it will make him sad!” Maybe Katie’s adoptive parents were trying to spare her feelings or maybe they were trying to spare their own. Either way, please watch the short documentary as a jumping off point for discussions in your family.

Those two could have been blog posts on their own, but I do have a few more links for you.

For those considering older child adoption, a new book has been released which seems like it will be a great resource. It includes experiences of families who have adopted older children internationally. You can read more about it here.

Holt International has a blog post discussing characteristics that make a family a good fit for older child adoption.

This time of year people often ask about Chinese or Asian nativities. Someone posted this resource in a group. It’s a Chinese screen painting that is available as a laminated or wood mounted print. There are four choices and all are lovely.

MLJ Adoptions has a post about the W.I.S.E. Up Powerbook, a resource I highly recommend as well for helping your child to know how to respond to questions.