This is the 3rd in my series on special adoption situations. The first was on adopting two unrelated children at once and the second was for those considering adopting an older child.

This post will focus on adopting out of birth order and artificial twinning. Disrupting birth order is when you adopt a child who will not join the family as your youngest. If you have a toddler and adopt a 5 year-old, you have disrupted birth order by displacing your oldest. If you have two children aged 6 and 2, and you adopt a 4 year-old, this would not disrupt any birth order because your oldest would remain the oldest and your youngest would remain the youngest. However, it would still be adopting OUT of birth order as the normal order of adding to the family would be to add a child younger than your youngest. In larger families, the birth order is somewhat fluid. Moving from #5 of 8 to #7 of 9 is not as big of a difference as when you are dealing with one or two children who already have an identity as the oldest or youngest in a family.

Artificial twinning is when you adopt a child under 9 months of age of a sibling. For a time they will be the same age and often will be placed in the same grade at school. Traditionally this is frowned upon by social workers because it disrupts the place of the child already in the family. Now he or she has a “twin” which was not there before. This can cause competition and conflict within the family as the two children struggle to determine who is “alpha” or who is oldest. A child adopted from institutional care would typically be more delayed and immature than a biological sibling of the same age. This might seem to make the artificial twinning a mute point at first, however as time goes on the adopted child might be resentful that they do not get the same privileges of the biological child of the same age such as a later bedtime or driver’s permit.

If you are considering adopting out of birth order or artificial twinning, be aware that this might not be allowed by either your placing agency or your homestudy agency. Generally, the older the agency the more likely they are to stick with what are called “best social work practices.”  These are things such as only adopting one unrelated child at a time, keeping birth order, avoiding “artificial twinning” (ending up with two children of the same age), etc. In most other countries these practices are not allowed but our American independent streak rebels at those sort of absolute guidelines. However, many agencies now are allowing these practices, at least in some situations.

Why any agencies not allow these things? Because agencies which have been around for decades have seen a lot of failed adoptions. I spoke with a representative of an agency often characterized as being “conservative” and “having a lot of rules.” I was told that their top priority was finding the right family for a child. They wanted to make sure that the adoption was successful and they didn’t want to risk the child’s placement by matching them with a family with the potential for disruption.  Please take the time to read my post on adoption disruption for a longer discussion on why you need to keep this possibility in mind as you decide whether or not these special adoption situations are right for your family. Although this article is about whether or not your family is cut out to adopt two at once, these same characteristics will be valuable for anyone considering adopting out of birth order or artificial twinning. 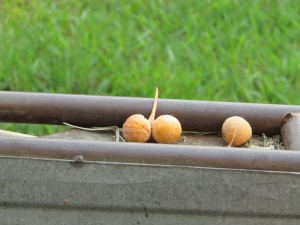 I see people asking about these three situations extremely often in online adoption related groups.  As I mentioned in my post on When You’re Asking the Internet About Adoption, please remember that these groups are full of people who are happy with their experience, and so you will most likely not hear from people who would tell you that they adopted and had a bad experience.  You can hear from many people who disrupted birth order in their family, adopted two unrelated children at the same time, or adopted an older child who was aging out and tell you how amazing it was for their family but that does not help you to know what YOUR families experience will be like.  You are a different family, adopting a different child or children.  That doesn’t mean I’m trying to talk you out of it, I’m trying to make sure that you’ve seriously considered all aspects of the situation.  Thinking about the hard aspects of adoption will only give you more tools to succeed.  Educated and informed families are the best families for children.

Adopting out of birth order is probably the most common special adoption situation. With the average age of a child adopted from China being 3, there are many families with a toddler at home who do not want to wait for only for files of children who are very young. There are also plenty of families who consider children up to around age 5 with younger children at home. Best social work practice would say that you should adopt a child who is at least 9 months younger than your youngest child on the theory that this would be the closest naturally occurring spacing between siblings. Someone who adopted at the same time as I did spent several months convincing her agency that it would be acceptable for their family to adopt a child who was a mere 8.5 months younger than their youngest so some agencies hold very strictly to these guidelines.

If this is something you want to do, you will need to discuss it with your social worker and placing agency. Much of the success will be determined by the personalities of the children involved but unfortunately you won’t know your new child’s personality when you are making the decision. Here are some questions you should consider before pursuing this path of adoption:

Resources on adopting out of birth order and artificial twinning:

If you are just beginning your adoption journey and found this post helpful, you might consider buying my book which has all of this information and more, including several chapters on travel.