When I originally wrote my choosing an agency series, the final post was about special adoption situations.  I discussed adoption disruption and dissolution in both that post and in the one on how accurate files are from China.  I am combining both parts in order to have all the discussion in one place.  For the sake of clarity, an adoption disruption is when the adoption is not completed, such as when a couple travels to China but decides not to complete the adoption once they have met the child.  An adoption dissolution is when a legal adoption is dissolved, although this is commonly referred to as disruption as well.

People in the adoption community love the happily ever after ending.  People who aren’t in the adoption community love it too– just look at the movie Annie.  We all want to believe that every adoption ends with a child being united with their “forever family.”  (If there is anyone left on earth who hasn’t read Jen Hatmaker’s After The Airport post then now’s the time.) And most adoptions are successful.  However, we need to acknowledge that there are times when adoptions fail.  People who have had a failed adoption usually do not stay within the adoption community so you rarely encounter their experiences in your online groups.  You will only read about the happy endings.  When you are trying to decide if you should pursue an adoption you might ask in an online forum “Has anyone else done this?”  Keep in mind that the responses are already pre-selected to be favorable.  When it works out for people they are happy and want to encourage others.  When the outcome was not good, they do not want to be condemned by the adoption community and so they leave.

Even though I have been in the adoption community a fairly short amount of time, I have already encountered two different families who complained about how their social worker was making them “jump through hoops” before approving the match they wanted, and then a year later when the child/children were home, they were writing on their blogs that their adoption was failing.  My intention in writing about this is not to scare anyone off from adopting an older child, out of birth order, or adopting two unrelated children at once.  I only want to stress the importance of making an educated decision and having realistic expectations about the difficulties involved in making such adoptions successful.  You will not be set up for the best possible ending, if you don’t start at the beginning by educating yourself in order to have realistic expectations.

When you begin the adoption process, you might not realize that there is a wide variation in practices between agencies.  Generally, the older the agency the more likely they are to stick with what are called “best social work practices.”  These are things such as only adopting one unrelated child at a time, keeping birth order, avoiding “artificial twinning” (ending up with two children of the same age), etc.  In most other countries these practices are not allowed but our American independent streak rebels at those sort of absolute guidelines.  Many agencies now are allowing these practices, at least in some situations. Why would other agencies not allow these things?  Because agencies which have been around for decades have seen a lot of failed adoptions.

“having a lot of rules.”  I was told that their top priority was finding the right family for a child.  They wanted to make sure that the adoption was successful and they didn’t want to risk the child’s placement by matching them with a family with the potential for disruption.  Certainly, if you keep an eye on the Second Chance Adoption listings you will see time after time that a child needs to be the youngest child in the family because they are in conflict with a sibling close to the same age or they need more attention than their adoptive parents can give.

Try to imagine for a moment an older child, who has grown up in an orphanage in China.  One day an American couples arrives–the Mama and Baba they have always dreamed of!  But a few months or years later and things aren’t going well.  There could be any number of reasons why.  Will the child go back to the familiar orphanage in China where he or she has spent most of his/her life?  No.  Now an American citizen, this child will stay in this strange land, where they may or may not speak the language.  What happens to this child now?

When things like this happen people inevitably say “Why did the agency let that happen?  Why weren’t these parents prepared?  We need more education, better screening!”  It’s the complete opposite of “Each family knows what is best and what they can handle.”  Hopefully now you have a better understanding of why some agencies have this criteria, because not every family does know what they can handle until they get there.  We need to acknowledge that people on both sides of this issue are working for what they see as the best for the adoptive child.  One side says “They need a family, disruptions are rare and it’s better to take the chance to get them a family” while the other says “Disruptions are real and we need to wait for the best family for a child rather than chance putting them through the trauma and upheaval of a disruption.”

When discussing China adoption in particular, disruptions and dissolutions stem from two different reasons.  One is when the child’s medical needs are not what the parent was expecting.  I discuss the accuracy of the files from China in this post, and share two different parents experiences within that post.

I have linked to Shecki’s blog, Greatly Blessed on several different posts on my blog.  I was a reader of her blog before she travelled to China to adopt her last two children.  You can get an idea of her experience by reading the initial post when she confirmed that Luke’s medical needs were much greater than expected.  When I contacted her about using her story in my post, she wrote at length in her post about her expectations and the reality of Luke’s diagnosis.  After about two years with Luke, Shecki and her husband made the difficult decision to have him adopted by another family which they felt was better suited to parent him.  She wrote a final post following up on their life without Luke in which she discussed how much the entire family struggled while trying to parent him.  Luke is now placed with a second family because his first placement did not work out.

Waigouren Mama is another family who found themselves with a child who had unexpected medical needs which they felt they could not meet in their family.  She blogged about their experience adopting an older child and deciding to return him to the orphanage while still in country, but after the adoption had been finalized. You can read her series of posts here.

The other reason for an adoption disruption or dissolution is often that the adoptive parents have unreasonable expectations.  This is often because they have a rose-colored view of adoption and expect their child to act like their same-aged peers who grew up in families rather than institutional care, especially when adopting an older child.  They might underestimate the amount of work involved in adopting two children at once, or the stress and conflict that adopting out of birth can bring to a family. None of these people deserve to be demonized.  They all set out to adopt a child forever, never expecting things to turn out as they did.  For most families, dissolution only occurs after several years of trying everything possible to make the placement successful.

Love Without Boundaries has a wonderful article called Realistic Expectations: Post Adoption Struggles which outlines the normal post-adoption difficulties which any family can face.

While the next story is about a family who adopted from the foster care system, it is a very good example of parents who did not have realistic expectations and ignored the counsel of multiple social workers and foster parents who warned them that it was not a good placement for their family.  Casting Out Demons— a detailed account of the Justin Harris case in Arkansas.

Unreasonable expectations can happen even when parents think they are prepared.  Stacey of Is there any mommy out there? writes in her post about their disruption:  We talked to our social worker. We thought we understood the challenges and pitfalls. We heard words like reactive attachment disorder and post traumatic stress disorder and post-institutionalized behaviors and we thought, naively, optimistically, tragically, that we could handle it. The deep truth, though, is that, like birth defects, like miscarriage, like fatal accidents, we never considered that these lurking horrors would apply to us. 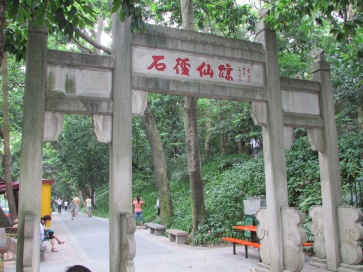 There is a lot more to read out there on the topic, so here are a few more links:

Child Welfare.gov has a good handout giving risk factors for disruption and dissolution.

Creating A Family has a radio show discussing adoption disruption and dissolutions.

No Hands But Ours ran a five part series.

Reading through these stories can be very scary if you are only starting to consider adoption.  It’s scary for people who have adopted.  Please be assured that for most people, the adoption is successful and the ending is a happy family.  But love will not solve every problem.  It is important that the perspective adoptive parents go into the process having reasonable expectations and being matched with a child who is a good fit for their family.